Long-term streamflow data within the Chesapeake Bay watershed and surrounding area were analyzed in an attempt to identify trends in streamflow. Data from 30 streamgages near and within the Chesapeake Bay watershed were selected from 1930 through 2010 for analysis. Streamflow data were converted to runoff and trend slopes in percent change per decade were calculated. Trend slopes for three runoff statistics (the 7-day minimum, the mean, and the 1-day maximum) were analyzed annually and seasonally. The slopes also were analyzed both spatially and temporally. The spatial results indicated that trend slopes in the northern half of the watershed were generally greater than those in the southern half. The temporal analysis was done by splitting the 80-year flow record into two subsets; records for 28 streamgages were analyzed for 1930 through 1969 and records for 30 streamgages were analyzed for 1970 through 2010. The mean of the data for all sites for each year were plotted so that the following datasets were analyzed: the 7-day minimum runoff for the north, the 7-day minimum runoff for the south, the mean runoff for the north, the mean runoff for the south, the 1-day maximum runoff for the north, and the 1-day maximum runoff for the south. Results indicated that the period 1930 through 1969 was statistically different from the period 1970 through 2010. For the 7-day minimum runoff and the mean runoff, the latter period had significantly higher streamflow than did the earlier period, although within those two periods no significant linear trends were identified. For the 1-day maximum runoff, no step trend or linear trend could be shown to be statistically significant for the north, although the south showed a mixture of an upward step trend accompanied by linear downtrends within the periods. In no case was a change identified that indicated an increasing rate of change over time, and no general pattern was identified of hydrologic conditions becoming “more extreme” over time. 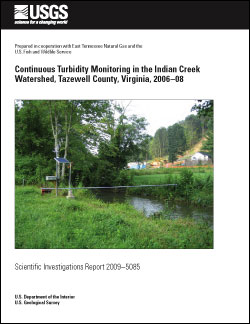 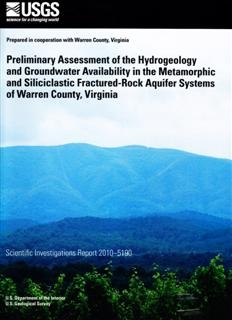 STREAMWATER QUALITY CHESAPEAKE BAY WATER
Product: 357338
Version Date: 2012
Media: Paper
Format: Bound
+ More Details
For all orders a $5.00 USD handling charge is applied. To protect your order during transit, products of different publication types and sizes may be shipped in separate packages.
Current in-house processing time: Shipping times are estimations after the package has been shipped from the USGS warehouse. Orders may take up to 10 business days to be shipped.
We Accept