Laboratory germination trials indicate that seed dormancy in big sagebrush may be habitat-specific, with collections from colder sites being more dormant. Our objective was to investigate seed longevity of both subspecies by evaluating viability of seeds in the field with a seed retrieval experiment and sampling for seeds in situ. We chose six study sites for each subspecies. These sites were dispersed across eastern Oregon, southern Idaho, northwestern Utah, and eastern Nevada. Ninety-six polyester mesh bags, each containing 100 seeds of a subspecies, were placed at each site during November 2006. Seed bags were placed in three locations: (1) at the soil surface above litter, (2) on the soil surface beneath litter, and (3) 3 cm below the soil surface to determine whether dormancy is affected by continued darkness or environmental conditions. Subsets of seeds were examined in April and November in both 2007 and 2008 to determine seed viability dynamics. Seed bank samples were taken at each site, separated into litter and soil fractions, and assessed for number of germinable seeds in a greenhouse. Community composition data from each site, as well as several environmental variables, were used to evaluate seed viability within the context of habitat variation.

Seed longevity of big sagebrush depends on vertical position of seeds in the soil, indicating that seeds have higher odds of persisting in the seed bank if they are buried. Naturally occurring soil disturbances such as frost-heaving or rodent burrowing may enhance seed bank persistence by incorporating a portion of seeds beneath the soil surface. Restoration methods that ensure seed contact with soil and provide a soil surface disturbance that aids in seed burial may increase the probability of having big sagebrush seeds present when conditions for germination are favorable. 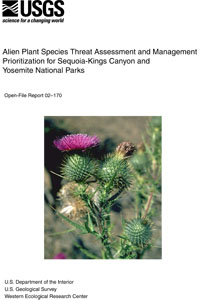 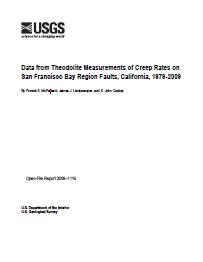 OFR-97-857 Plate 001
Product: 209235
Version Date: 1997
Media:
Format:
+ More Details
For all orders a $5.00 USD handling charge is applied. To protect your order during transit, products of different publication types and sizes may be shipped in separate packages.
Current in-house processing time: Shipping times are estimations after the package has been shipped from the USGS warehouse. Orders may take up to 10 business days to be shipped.
We Accept